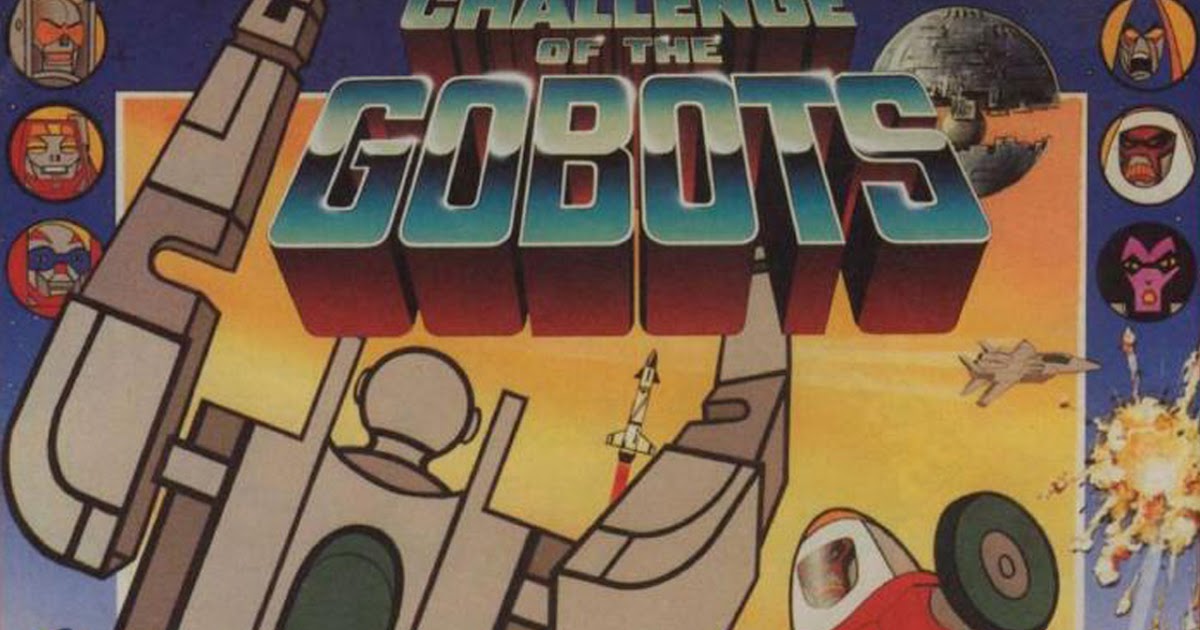 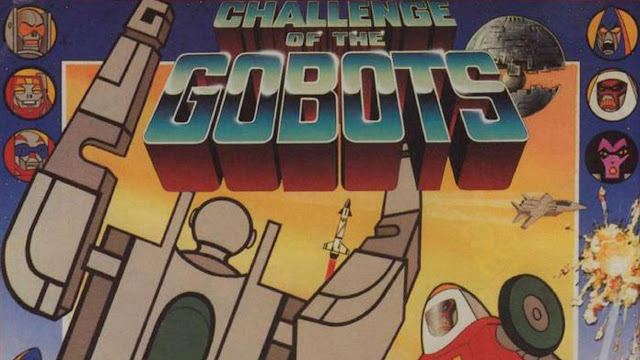 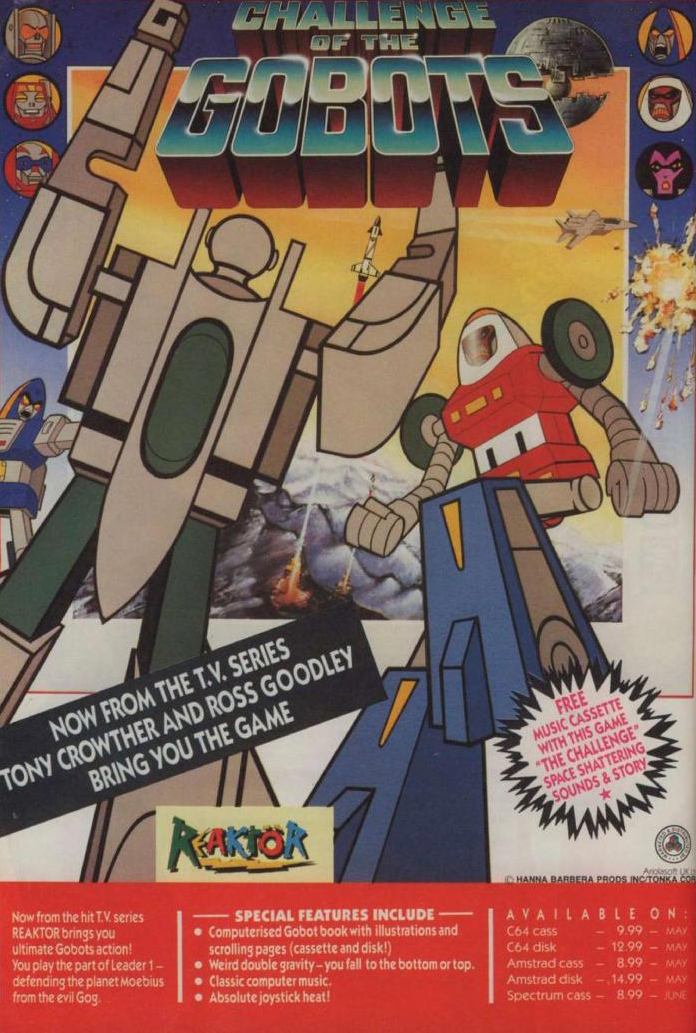 I was such a fan of the Gobots cartoon and more so, the toys. I’m incredibly jealous of these European game releases and while my family never had a home computer, had my eyes been on a game like this, I might have tried to persuade my parents.

I liken this art to the M.A.S.K. computer game cover which was release the same year. I love the little picture-in-picture head shots of the characters. What’s odd is not having heroic Leader-1’s face in the main battle. It almost looks like he is surrending to Cy-Kill! I can’t think of any other cover art that depicts the back of a character like this and not something maybe from the side. Really strange.

Another feature of Computer + Video Games magazine was mini posters and I would be amiss if I didn’t share this radical two-page mini poster that I pieced together for your viewing pleasure. What wasn’t this the cover art for the game??? 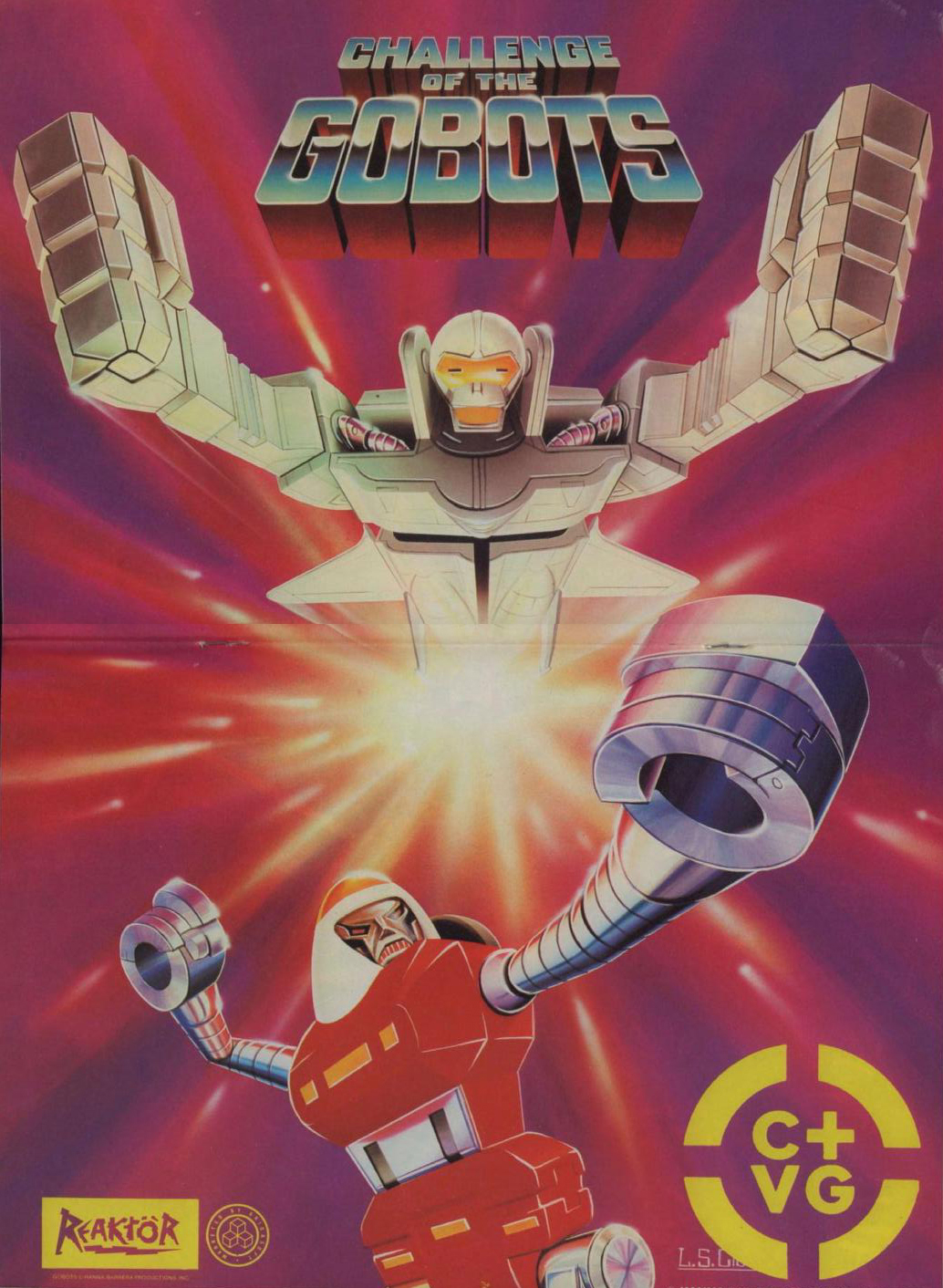 For more on the Challenge of the Gobots computer game, visit Moby Games or play the game at the Archive.org emulator.

Rad Ads explores the art of advertising in print media from the ’80s.
Click here for more entries into the Rad Ads archive.