Computer’s Performance What affects a computers performance Overall, the performance of a computer is dependant on how well it works together as a whole. Continually upgrading one part of the computer while leaving outdated parts installed will not improve performance much, if at all. Below, we discuss some of the […]

What
affects a computers performance

Overall, the performance
of a computer is dependant on how well it works together as a whole. Continually
upgrading one part of the computer while leaving outdated parts installed
will not improve performance much, if at all. Below, we discuss some of the
most important parts of the computer regarding it’s speed and computing power.
The description of these parts is by no means complete and only serves to
give newer users some understanding of what various computer specifications
mean. It should also be noted that this web page was last
updated January 2003, but the same factors can still be applied in 2006. The processor, memory and videocard are the most important components when determining performance inside a computer. Any specifics about pieces of hardware will be
outdated in about six months or so. Gaining an understanding of what each specification
means, and what each part does, is the goal of this section.

Clock speed, a.k.a. Processor speed is often played up to be the major factor
in a computer’s overall performance. In rare cases this is true, but an average
user rarely uses 100 percent of his Central Processing Unit’s power. (CPU).
Things like encoding video or encrypting files, or anything that computes
large, complex, numbers requires a lot of processor power. Most users spend
most of their time typing, reading email or viewing web pages. During this
time, the computer’s CPU is probably hovering around 1 or 2 percent of it’s
total speed. Startup time is probably the only time the CPU is under stress,
and even then it’s often limited due to the hard drive speed.

The amount and speed
of the RAM in your computer makes a huge difference in how your computer performs.
If you are trying to run Windows XP with 64 MB of RAM it probably won’t even
work. When the computer uses up all available RAM it has to start using the
hard drive to cache data, which is much slower. The constant transfer of data
between RAM and virtual memory (hard drive memory) slows a computer down considerably.
Especially when trying to load applications or files.
The
two types differ in the technology they use to hold data, dynamic RAM being
the more common type. Dynamic RAM needs to be refreshed thousands of times
per second. Static RAM does not need to be refreshed, which makes it faster;
but it is also more expensive than dynamic RAM. Both types of RAM are volatile,
meaning that they lose their contents when the power is turned off.
Also the speed of your RAM can be influential. The normal speed of RAM in
most computers today is pc100 (100mhz). This runs fine for most applications.
Gamers or high-end machines probably are using DDR (double data rate) RAM.
It’s newer and more expensive, but runs considerably faster (266mhz). Note
that all computers cannot use DDR RAM. For information about System RAM see:

The biggest factor
in your computer’s performance is the hard disk speed. How fast the hard drive
can find (average seek time), read, write, and transfer data will make a big
difference in the way your computer performs. Most hard drives today spin
at 7,200 RPMS, older models and laptops still spin at 5,200 RPMS, which is
one reason laptops often appear sluggish to a desktop equivalent.
The size of your hard drive plays a very little role in the performance of
a computer. As long as your have enough free space for virtual memory and
keep the disk defragmented it will perform well no
matter what the size. For more information on hardrives see:

Whenever your computer
puts an image on the screen something has to render it. If a computer is doing
this with software it is often slow and will affect the performance of the
rest of the computer. Also, the image will not be rendered as crisp or as
smoothly in the case of video. Even a low-end video card will significantly
improve the performance of the computer by taking the large task of rendering
the images on the screen from the CPU to the graphics card. If you work with
large image files, video or play games you will want a higher end video card. 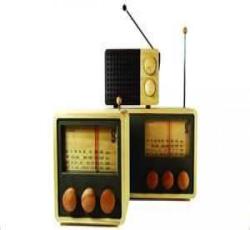